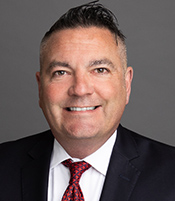 Mr. Brooks was admitted to the Oklahoma Bar Association in 2000 and the State Bar of Texas in 2005. He is also admitted to practice before the U.S. Supreme Court, U.S. Court of Appeals (Tenth Circuit) and in the U.S. District Court for the Northern, Eastern and Western Districts of Oklahoma and the Eastern District of Texas.

Mr. Brooks has been involved with numerous community organizations: